Landing The Big One

Newfoundland and Labrador is awash with fish stories of the fish that got away, and ones that… well… didn’t.

If you talk to a Newfoundlander or Labradorian long enough, most have one or two to share with you if you have the time to listen.

My own story, for example, takes place in Cochrane Pond on the Avalon Peninsula, and involved a frozen capelin that my grandfather Reardon stealthily placed at the end of my line while I wasn’t looking. I never knew the difference. I mean, let’s face it, at age 7 I was no Ernest Hemingway, and this wasn’t exactly Old Man and The Sea, but it was a pretty special snapshot in time for me. One I’m not likely to forget.

Throughout my years here in Newfoundland and Labrador, I’ve heard my fair share of fishy tales, everything from marlins to minnows.

Jim Burton is no stranger to fish tales himself. Jim and his family operate Igloo Lake Lodge, one of the many premium fishing camps located in Labrador. Igloo Lake borders the Mealy Mountains National Park Reserve, and is located some 72 miles southeast of Goose Bay. Jim, a pilot with 42 years under his belt, flies you in himself in his pride and joy, a 1951 De Havilland Beaver Float Plane. 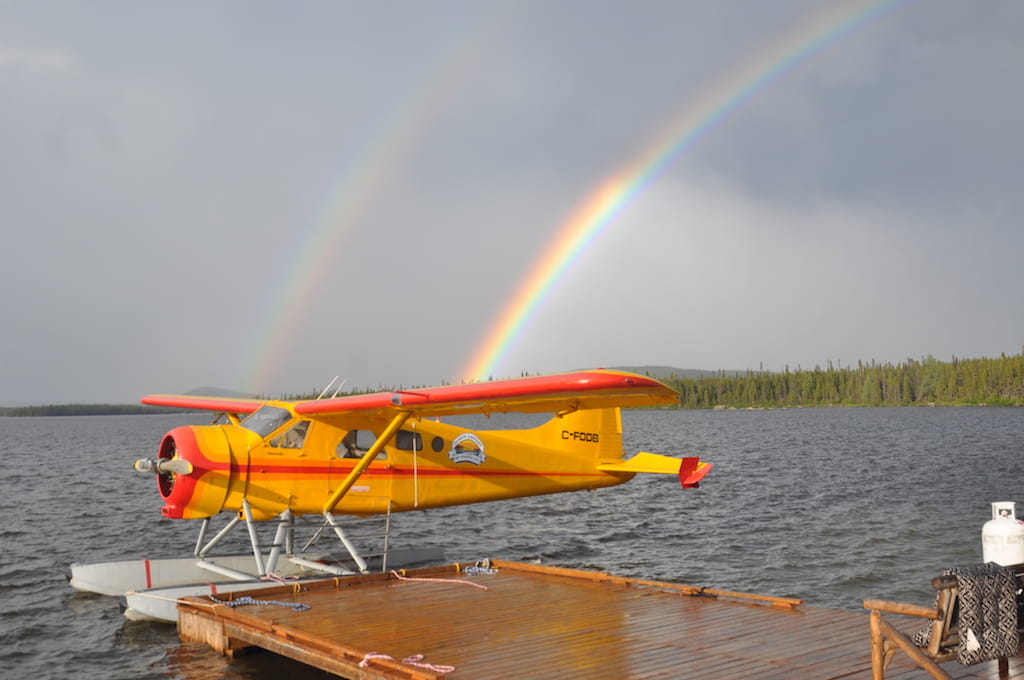 The lodge has been in the Burton family for just about five decades. It’s one of the first catch and release operators in the province. They’ve been catching fish and releasing them into the wild for nearly two decades.

The Burton’s lodge is no stranger to big fish. Their catch and release methodology, as well as their other environmental commitments, have allowed the ecosystem to continue to thrive and flourish. "Our brook trout are scientifically and genetically bigger than anywhere else you’ll find on the planet," boasts Burton.

This little piece of trivia was not lost on Moncton native and angler Alan Madden, who discovered Igloo Lake Lodge whilst watching an episode of the famed local hunting and angling program called "Newfoundland Sportsman." And he later chatted with Jim at a trade show in New Brunswick before making the decision to take the trip.

Bear in mind, Alan is no fly-by-night fisherperson (pun intended), he has over 22 world records under his belt. However, chasing records is not his pre-occupation, he just loves the battle between man and fish.

This is, after all, a man that once caught a seven-and-a-half-foot shark in a canoe. Yes, a canoe.

"I went to Igloo Lake to have fun fishing. And if I caught a very large trout," Alan says, "fine."

And catch a very large trout, he did. In fact, Alan caught a brook trout that is the heaviest on record – 10 pounds and 4 ounces, to be exact. To hear him describe it, the battle sounded like something out of a Hollywood blockbuster rather than the serene beauty of Labrador.

"I hooked the trout in about four feet of water," he says with a heavy breath. "I couldn’t pull it towards me at all. It was in charge of the battle at this point." With a fish the size of the one he had on the end of his line, make no wonder it was in charge.

"I had to keep my rod extremely high,” Alan explains. “So the leader wouldn’t fray on the rocks." Losing the leader at the top of the line would mean losing the fish. And that simply could not happen.

"I did feel the leader hit one rock and was concerned it might fray. But, it held, thankfully," Alan says. "The fish then swam around the canoe in a complete circle. When it came around the front of the canoe again, that’s where the battle continued, and eventually ended. The entire fight was no more than 15 minutes."

Once the fish was secured in the net, after fifteen minutes of kicking and thrashing, Alan remembers his guide exclaiming, "That’s the biggest trout I’ve ever seen in my life." And, that’s the moment when Alan knew he had something special. The fish measured 26 inches in length, and 17.875 inches in girth, and an astonishing 10 pounds 4 ounces.

It was a monster.

Alan's jaw dropped at the sight of it. He hadn't seen anything like it before. And, within minutes, the fish was placed back into the water, and sent on its way. Off to swim the Eagle River and her tributaries and live on – perhaps to be landed another day when it’s even bigger. Who knows? 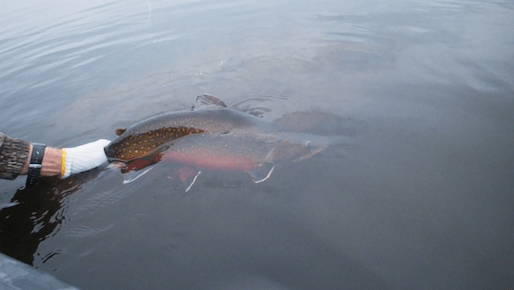 Alan returned back to New Brunswick with more than just another world record, he returned with a triumph over nature, and a profound respect for the battle and a worthy adversary.

Perhaps it is the unknown that’s driving these stories – the need to tell others about their experiences: like Alan and Jim in Igloo Lake Lodge, or my grandfather and I out on Cochrane Pond reeling in a freshly frozen capelin at the end of my line.

Any way you look at it, one thing remains abundantly clear, nature sure is a beautiful thing.