The Best Brook Trout Angling on the Planet

Imagine a retreat on one of the last untamed frontiers. A land thick with spruce and pine, dotted with gigantic lakes, and carved by rushing rivers. An environment undamaged and absolutely untouched – pure wilderness. Now imagine wading hip-deep in rushing river rapids. Feeling it pounding past your legs, hoping to hook a rare creature, the mighty brook trout. 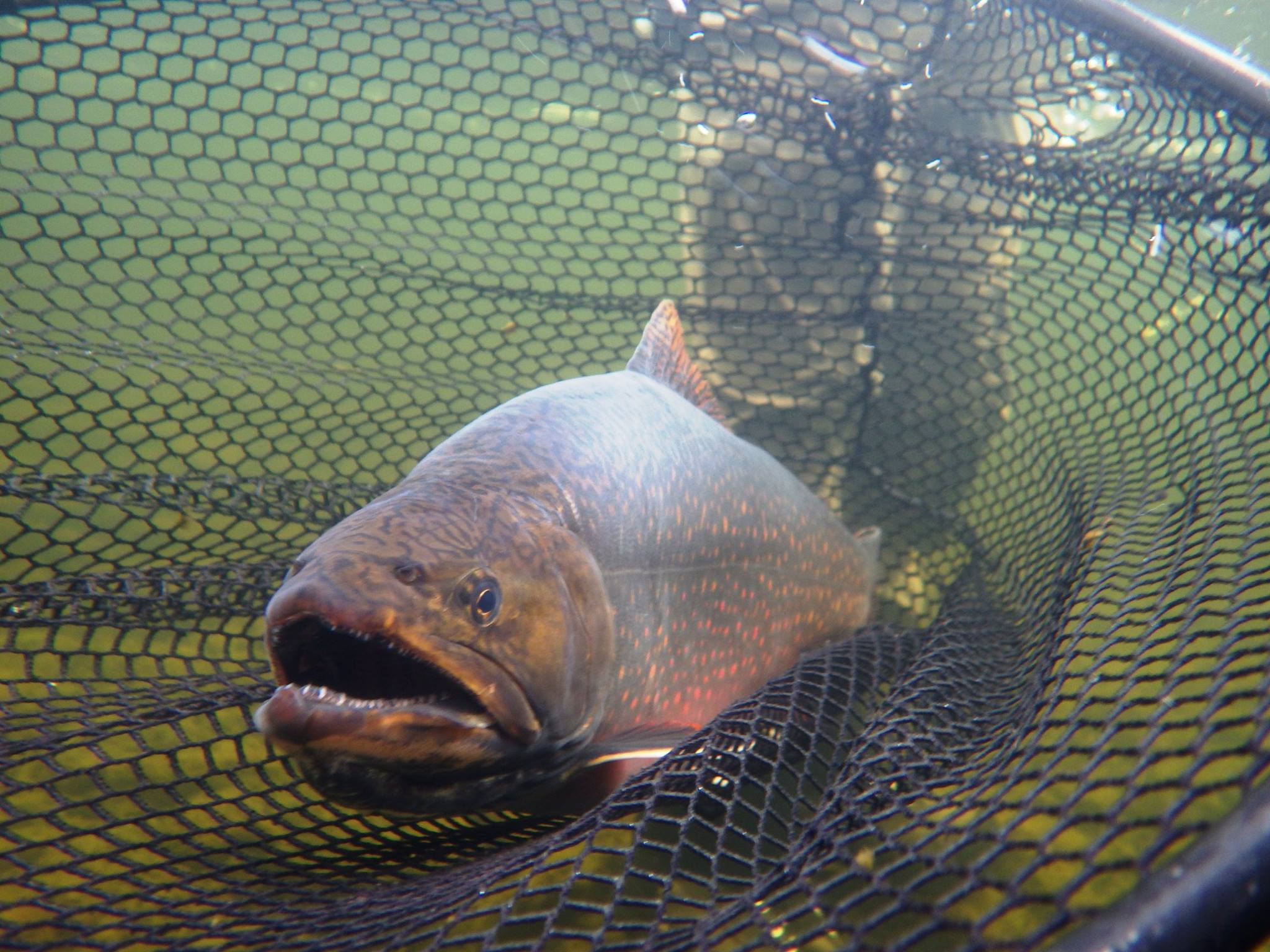 No need to imagine. This place is real – it's called Newfoundland and Labrador. A destination where landing five- to seven-pounders is commonplace. And where ten-pounders have been caught and released. Some even call it the best brook trout angling on the planet.

One such location can be found on the Andre Lake in northwestern Labrador at the McKenzie River Lodge. It offers angling on three rivers: the Quartzite, the Comeback, and, the McKenzie. Rivers rife with rapids and pools of cool, crystal-clear water. In other parts, brook trout populations are stressed by the modern world. Here, in this remote and untouched location, the fish are plentiful. In fact, Labrador is one of the last places in the world that you can land trophy brook trout. 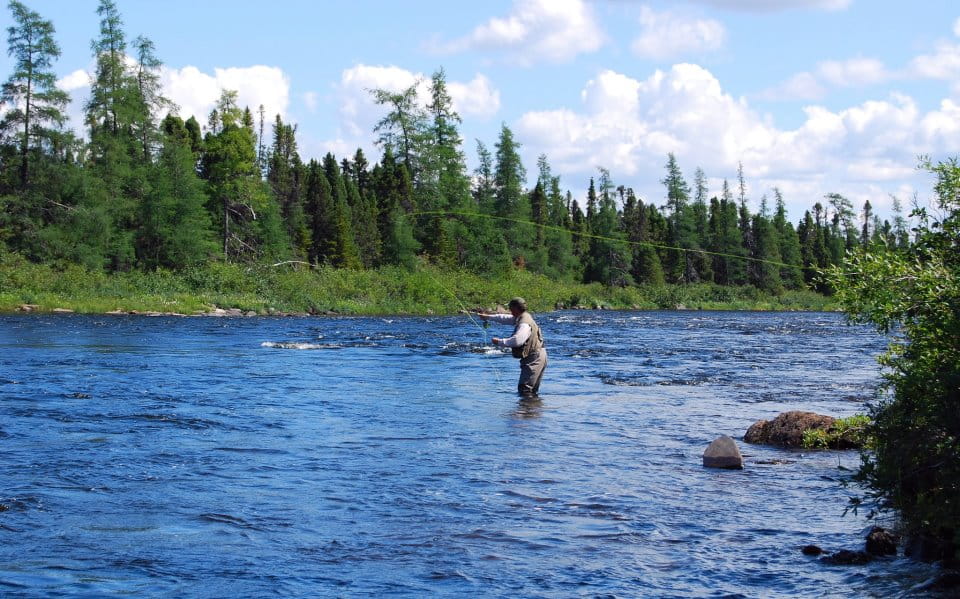 And they're trophies, all right. And the owner of the McKenzie River Lodge, Paul Ostiguy, is a man who knows his brookies. The lodge record is nine pounds, four ounces but, “...we've seen them over ten. We've seen some monsters.” Monsters that are practically begging to be hooked.

A few years back, Paul had a couple of anglers staying with him, determined to land some big ones. Both friends ending up getting a bite at the same time. Their guide netted the first one, then ran with it in the net as fast as he could to help the other angler. “And we had an eight-pound salmon and a six-and-a-half-pound brookie in the same net. You don't see that very often!” You certainly don't, but in a place like this, anything is possible. 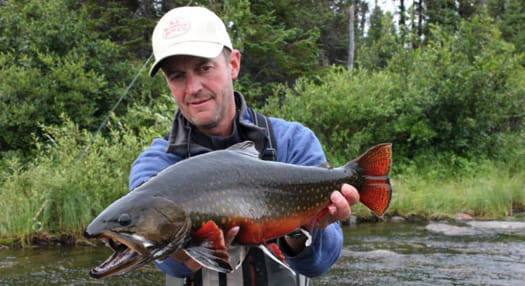 One of Paul's favourite quotes is from Charles Fox: “The angler forgets most of the fish he catches, but he does not forget the streams and lakes in which they are caught.” And once you’ve cast a line here, you’ll agree that Newfoundland and Labrador is pretty unforgettable. So stop imagining and go ahead, drop your fly in the rushing rapids and wait for the elusive tug of some of the world's mightiest brook trout.

In waters like these, you won't have that long to wait.

To experience the McKenzie River in all of its glory, click here. And here, to learn more about our trophy brook trout in Newfoundland and Labrador.